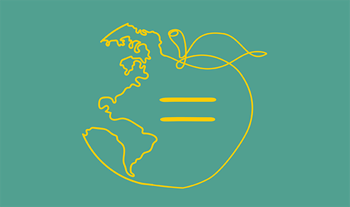 FMI’s consumer trends paint the portrait of an American public emerging from the pandemic fog with a heightened sensitivity to social justice issues – especially as they apply to food. Whether that gets manifested in a commitment to waste less food, a promise to eat healthier, a pact to support fair labor practices, or a pledge to pay more attention to the social implications of food choices; the past 16 months of COVID-19 influenced living has fertilized the social justice consciousness of today’s grocery shopper.

This ramped up sensitivity, of course, includes how considerations of race and ethnicity factor into America’s food system. Recently, MotivBase, a global research technology company that weds artificial intelligence with anthropology to define the strength of emerging topics of concern, turned their research gaze to the landscape of social justice and food. After analyzing the social media and cultural conversations of almost a half-million people, the social scientists at MotivBase identified six areas of social justice concern, all in different phases of development and maturity. As the food industry is actively engaged in addressing Diversity, Equity, and Inclusion concerns, two areas MotivBase identified caught my attention because they had direct ramifications for matters of racial justice.

The first of these areas of concern targeted the food distribution system. Using their machine-intelligence analytical tools, MotivBase was able to identify the size of the consumer group who think food deserts unjustly target racialized communities. Some 40.2 million people currently register concern and are talking about these considerations, actively expressing frustration that so many Americans lack access to food even though the USA has the reputation of possessing a bountiful food supply.

Furthermore, these people recognize food deserts and an unequal food distribution system as a moral failing that leaves segments of our society unable to meet their basic nutritional needs. They see food deserts as disproportionally impacting racialized people and they want to see a concerted effort made to bring greater racial equity to our food distribution system. Currently about 12% of the U.S. population hold these views and within the next 12-24 months that number is expected to grow to 16% or 53.3 million shoppers.

The second area, the issue of Diversity in Diet Culture, is in the new idea/early consensus phase of development. Basically, the 16.2 million consumers beginning to give shape to this narrative believe that ethical diet movements (here, think organic, non-GMO, or veganism) address a predominantly white audience. People registering this concern think those espousing the ethical benefits of these diets are primarily white cultural signifiers who are targeting a (similar) privileged audience. This group urging for more diversity and representation in diet -focused communities and advertising currently comprises about 4% of the population. This group wants to see more diverse cuisines and racial sensitivities brought to bear on nutritional conversations throughout our nation. Over the next two years, the group espousing this point of view is predicted to nearly double to 27.1 million people.

The shoppers driving these conversations in our culture are educated individuals, falling between 18 and 44-years-old, and register socially in the middle-to-upper-class.

If any of this data intrigues you, disturbs you or puzzles you, I invite you to join us on July 13 at 1:00 p.m. EST when FMI hosts a half-hour, members-only webinar examining these findings and discussing their implications for the food industry.