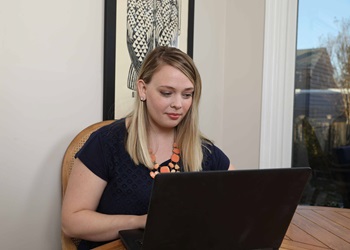 One of my most trusted mentors once offered the following sage warning, the problem with following your gut instinct is even your best intuition may sometimes prove to be flat out wrong. Most often, I am reminded of his words in the arena of interpersonal relations, when my first impression of a new acquaintance ultimately proves to be misguided. However, there are other circumstances where his prophetic words come back to haunt me.

Since the advent of online grocery shopping, it has just been intuitively assumed that this new channel would take a major bite out of brick-and-mortar grocery traffic and sales. It just felt like a logical assumption that as people more frequently shopped and purchased food online, they would visit the physical store less often and spend less when they were there. Intuitively, that felt accurate. However, data from FMI’s 2019 U.S. Grocery Shopper Trends provides a picture of the online shopper that invites us to revisit our intuitive read on this situation.

Trends data shows that the average grocery shopper makes 1.6 trips each week to grocery stores. The average household spend on groceries per week in 2019 was $113.50. According to our intuition, the frequent online food shopper would register fewer grocery store visits and spend significantly less than the average, right? Well, the facts prove our intuitions aren’t as smart as we might like to think. Frequent online shoppers record an average of 2.1 trips a week to grocery stores. So, frequent online shoppers are in brick and mortar stores MORE frequently than those who do not shop online at all. They also spend an average of $167 a week on grocery items, which is $53.50 more than the average shopper. Of the $167 a week the frequent online shopper spends on groceries, about $59 of that is for online purchases, leaving them spending $108 a week in-store. While that is a bit ($5.50) below the average in-store spend, it is not the drastic bite out of in-store sales that many were predicting.

What our intuition underestimated or failed to consider is that those frequenting the online channel are simply more avid shoppers and spenders. The average grocery shopper hits 4.4 different grocery banners a month, while frequent online shoppers visit around eight. Those frequenting online were adding another convenient option to their repertoire of grocery shopping venues, not replacing any. Adding one more did not mean they visited the others less frequently. Regarding basket size, when you take the five and half dollars less per month that frequent online shoppers are spending in store when compared to the average shopper, and spread that over the remaining seven physical banners that the frequent online shopper visits, that amounts to less than a dollar a month per venue that online has effectively siphoned off. That’s not quite the major bite that some had intuited for online shopping.

Of course, the most effective way to ensure online doesn’t hurt your sales is for your banner to have an online presence and get a piece of the online-grocery-shopping pie. What is your gut instinct on that notion?