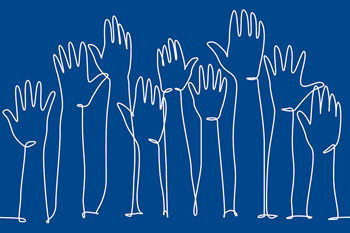 Juneteenth is an annual remembrance celebrating the emancipation of African Americans from slavery in the U.S. It is celebrated on June 19th because on that date in 1865, Major General Gordan Grange lead his troop of roughly 2,000 union soldiers into Galveston, Texas, and read a public statement, declaring, “The people of Texas are informed that, in accordance with a proclamation from the Executive of the United States, all slaves are free.” The Emancipation Act had been in effect since January 1, 1863, but more than 250,000 slaves in Texas had not yet received the news that they were free. For over a century and half, Juneteenth Day has been an important date largely celebrated in African American communities to pay homage to their history and celebrate Black culture. Sometimes called Emancipation Day, over the years it has gained momentum, first, as numerous states added it to their list of holiday observances and then, last year, Juneteenth was legally declared a federal holiday.

The issue of slavery and its contribution to the residual racism remaining in the U.S. is a very touchy subject. It sparks anger in some, shame in others, and frustration in most. It is an embarrassing, but a very real part of American history. To avoid acknowledging it is to denigrate the pain and injustice suffered by the enslaved and to ignore our fundamental failure as a nation to achieve the espoused self-evident ideals on which our country was founded.

I am a firm believer that you can’t heal something you can’t name, and you can’t do better without first acknowledging your failures. Juneteenth affords us all an opportunity to face up to an embarrassing issue and acknowledge the need to find more effective means of addressing it. If we needed a reminder that racism remains one of America’s critical flaws then the recent senseless murder of 10 Black grocery shoppers in Buffalo, New York, provided a grim and tragic reminder that this blight remains. The need to address it is urgent.

FMI continues to partner with the Center for Food Integrity in offering a series of Digital Dialogues – virtual opportunities for the food industry to engage in serious, constructive conversation about issues of racial justice and the different ways they surface in the various links in the food chain. The next two digital dialogues are scheduled for August 2 at 2:00 pm EST and August 25 at 2:00 pm EST. Registration information will be forthcoming. I invite you make a Juneteenth commitment to be a part of these discussions so we can name the problem and begin taking action to remedy it.