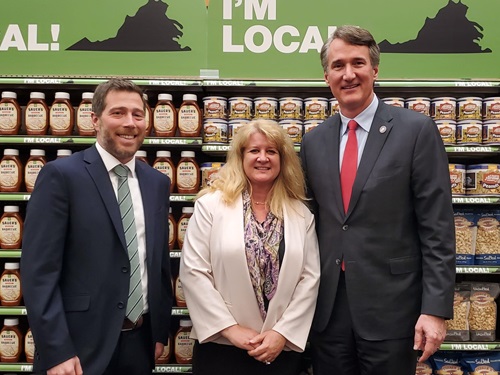 Governor Youngkin asked for this meeting so that he could discuss ways in which Virginia can help lower the cost of doing business in the Commonwealth; identify hurdles to expansion; exchange views on getting Virginians back to work; and address the cost of goods. Governor Youngkin shared that he is focusing on three important issues for Virginia: getting Virginians back to work; motivating people to come to and live in Virginia; and training the next generation of workers. He also told the group that he is interested in partnering with schools and colleges to train Virginians for careers in the grocery industry and he added that he is working aggressively to rid the state of the current grocery tax and that the tax elimination is included in the proposed budget.