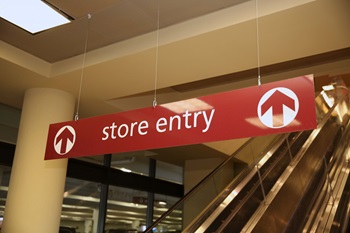 As supermarkets age, they don’t exactly gain value like the fine wines they sell. However, today’s retailers have some new opportunities for their older stores, particularly when it comes to incorporating ecommerce and upgrading to more energy-efficient equipment.

While it’s difficult to find a statistic about how many “aging” supermarkets exist, recent research suggest that the U.S. market continues to be overstored, with a constant number of new units opening each year. According to New York-based IHL Group’s report, The Future of Grocery and CPG, food, drug and mass merchants are planning to increase their number of stores this year at a rate 25% higher than in 2020, with a 5.4% increase in locations. Meanwhile, these retailers anticipate a 2.4% increase in store remodels.

New York-based Coresight Research's  latest outlook predicts the following for grocers and other channels of retail: “As retailers rationalize their store fleets, we expect them to enhance their ecommerce and omnichannel operations.” Going forward, there’s no doubt that brick-and-mortar will continue to play a greater role in fulfilling orders.

Ken Fenyo, president of research and advisory at Coresight Research, notes, “We’ve observed that supermarket chains are always evaluating their portfolios – looking at where to remodel, where to build new and where to close or sell. More recently, we have seen grocers including Kroger, Walmart and Whole Foods convert some of their stores to ‘dark stores’ to support online ordering. Retailers, such as Albertsons, Wakefern and Ahold Delhaize, are also converting back offices or underutilized areas of their stores into microfulfillment centers to repurpose existing space to better support ecommerce operations.”

Fenyo suggests that grocery operators should rethink their store formats and locations going forward, if they haven’t already done so, to evaluate three important considerations:

Tony Welter, grocery practice director and principal at Henderson Engineers, based in Lenexa, Kan., says the industry’s move toward ecommerce started way before COVID-19 but has certainly accelerated because of it. “The physical grocery store will remain a constant, as most retailers want both a physical and ecommerce presence to serve their customers,” he maintains. “Many of the physical stores are aging, so we’re seeing a lot of work in updating spaces, as well as adding room to meet retailers’ ecommerce goals.”

A Good Time to Upgrade Equipment

Chris Sutton, senior grocery designer at SGA Design Group in Tulsa, Okla., says he’s observed that supermarkets are focusing on, “more robust preventative maintenance programs” for their stores. “Having robust remodel and maintenance programs, including a plan for the lifecycle costs for the building and equipment, have helped retailers better prepare for aging stores in their fleets,” he notes.

Sutton and his team advise supermarket operators who are evaluating their aging stores to factor in things such as the age of their equipment – including lighting, electrical switchgear, structural upgrades and roofing – as well as site location and flexibility for expansion. He notes that most clients look to remodel their older stores if the return on investment is there, as opposed to eating up the expense of relocating.

Juan Romero, president and CEO of api(+), a design firm based in Tampa, Fla., says most of the remodels he sees these days are done for competitive reasons, or because the demographics of a marketing area have changed. In many cases, the bigger chains who can afford to tear down and rebuild will do so. Sometimes, remodels are driven by codes that change, such as refrigeration regulations, he notes.

Romero adds that he’s seeing clients pay more attention to the exterior of their stores when they remodel, including their parking lots, especially as click-and-collect fulfillment has gained in popularity. He points to Wakefern/ShopRite’s attractive portica shea, or "carriage porch," and Publix’s concierge-type desk with a separate door for order pickup.