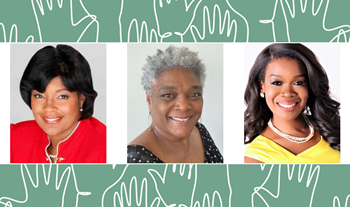 As part of an experiential team-building exercise, I used to administer a survival quiz. It was a relatively straightforward test that spelled out a scenario, then provided a list of around 20 items that participants were asked to rank in 1-10 order based on which objects they would most need to survive in the proposed crisis. Their ranking would be scored by comparing it to the order survival experts had determined. A score above 50 meant you would likely survive, but a score of 49 or below meant you probably would not. Before distributing the survival expert’s ranking, I would have everyone take the test individually, then break into small groups, discuss the various options and rank the items together.

There were numerous lessons learned from this simple exercise. Invariably, we had more “survivors” when people used their group score than when they used their individual ranking, proving that corporate wisdom tends to outweigh personal smarts. We also learned that loud voices in the small groups were influential and if an outspoken group member had wilderness experience, that person raised the group’s score. However, if that outspoken group member lacked wildlife skills, but still shared opinions loudly and went unchallenged, the person generally lowered the group’s scores.  In addition to listening to each other’s thought processes, the group really benefitted from experienced team members speaking up and asking the right questions to those voicing opinions.

The lessons learned from the exercise described are the foundational reasons why FMI is forming a diversity, equity and inclusion (DEI) resource and support member community. We believe that we are smarter together than we are solo. We also believe that the racial issues confronting us are too large and complex to be tackled in isolation and that DEI concerns are a non-competitive issue for our industry. We want to create an environment where we can listen to one another, benefit from each other’s experiences, challenge our perceptions and learn to ask the right questions. The first meeting of this group will take place on April 14 at 2 p.m. EST. Please contact David Fikes if you have any questions or if you are interested in being part of this DEI community.

And while we are on the topic of gaining wisdom from listening to each other’s experiences, please know that the fourth CFI/FMI hosted Digital Dialogue exploring issues of racial justice, inclusion and diversity in the food industry takes place on March 24 at 1:30-2:30 p.m. EST.

Register for the March Digital Dialogue