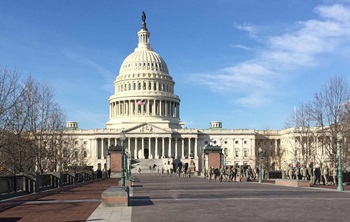 Tuesday marked the end of the primary season, and while we have learned a lot over the course of the last six months, one thing is certainly clear – 2020 is the year of the female candidate. There are a record number of female candidates across the aisle in both the House and Senate who are gearing up for election.

In the Senate, 60 women have filed for election, breaking the previous record of 53 in 2018. Twenty-eight of them are still in the running (17 democrats and 11 republicans) and are on the ballot for the general election. In Iowa, Maine, West Virginia, and Wyoming, both major candidates are women vying for election. In one of the toughest races in the country, this cycle is in Iowa, Republican Senator Joni Ernst is up against Democrat Theresa Greenfield. Cook Political Report, Inside Elections, and Crystal Ball all have rated it as a “Toss Up.”

Another “Toss Up” listed by Cook Political Report, Inside Elections, and Crystal Ball can be found in Maine.  Senator Susan Collins (R) is running against Speaker of the State House Sara Gideon (D). However, West Virginia and Wyoming elections are not considered to be as close as Iowa and Maine. In the Mountain State, GOP Senator Shelley Moore Capito is up for re-election, she will face blue dog Paula Jean Swearengin. Cook Political Report lists this race as a “Solid R” seat.  Republican Representative Cynthia Lummis is running against Democrat Merav Ben-David in Wyoming's open seat cycle. Cook Political Report also lists this election as a “Solid R” seat.

Several of these districts are considered battlegrounds districts. Of the top 10 districts likely to flip, four of them have two women on the ballot.

New Mexico
In New Mexico’s Second District, Representative Xochitl Torres Small (D) is running against former NM House Representative Yvette Herrell (R) in a 2018 rematch. Cook Political Report has this race listed as a “Toss Up.” In 2016, President Trump carried the district by 10 points. Rep. Torres Small won her first election in 2018, with less than 2% of the vote.

Oklahoma
All eyes are on Oklahoma’s Fifth Congressional District as we approach election. Representative Kendra Horn (D) is running against Oklahoma Senator, Stephanie Bice (R). President Trump won this district by 13% and the state of Oklahoma with more than 35% of the vote. New public polling has this race in a dead heat, with Bice polling 44.8% and Rep. Horn at 44.2%.

Texas
Texas’ 24th Congressional District is an open seat this year. Candace Valenzuela (D) is running against Beth Van Duyne (R). The current Member, Rep. Kenny Marchant (R), won his district by only three points in 2018. Valenzuela experienced a rigorous run-off. Cook Political Report has this seat listed as a “Toss Up.”

Iowa
In Iowa, the Second Congressional District is also an open seat. State Senator Mariannette Miller-Meeks (R) is running against State Senator Rita Hart (D). President Trump carried this district by four points in 2016.  However, in a public poll from early August, Miller-Meeks led Hart 48%-44%. Cook Political Report has this listed a “Toss Up” as well.

As you can see, there are many women gearing up for election as we approach November 3. It is safe to say that the food industry will be working with many new (and familiar) female leaders come January.