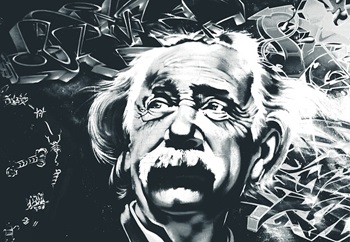 Tax Day 2018 is finally here!  For those of you who have your paperwork filed and taxes paid, congratulations. For those of you still trying to get this done – or worse yet, filing for an extension – hang in there, for this too shall pass.

Intellectually, almost everyone understands why taxes are a necessary component of citizenship. They fund our national defense, support a safety net for those in need and help keep our streets lit, safe and (theoretically) pothole-free. But in our hearts, virtually every American hates paying taxes. It seems to be in our DNA.

The American Revolution had its origins, at least in part, in resistance to taxation and seemed to set the stage for the hostility so many of us feel towards the taxman. James Otis, a Boston lawyer and politician, came up with America’s first great anti-tax quote during this era. Chafing under the Stamp Act and several other Crown policies, he repurposed a slogan used in Ireland for nearly a century and declared, “Taxation without representation is tyranny!”

The “modern” tax code the United States has in place today can trace its roots to the early twentieth century. In 1913, the United States ratified the Sixteenth Amendment which declared, “The Congress shall have power to lay and collect taxes on incomes, from whatever source derived, without apportionment among the several States, and without regard to any census or enumeration.”  The passage of this Amendment reversed an 1895 Supreme Court decision that effectively prevented the federal government from imposing a national income tax.

It did not, however, make Americans anymore open to taxes. If anything, the sheer scope and complexity of the newly implemented income tax helped foster a sense among many Americans that the government was playing some sort of cruel joke on the populace. Even Albert Einstein was reported to have found that, “The hardest thing to understand in the world is the income tax.”

The good news is that at this time next year, Tax Day should be slightly less painful for most Americans. In December, Congress passed (and the President signed) the Tax Cuts and Jobs Act of 2017, which is the largest reform of the US tax code in over 30 years. Individual filers will not only pay at lower marginal rates in 2019 but their standard deduction is doubled. This means more money in most people’s pockets.

Businesses also did extraordinarily well under this legislation. The corporate rate was lowered from 35 percent to 21 percent and full first-year expensing is allowed for many investments companies make to improve their business. But this just scratches the surface of the benefits American taxpayers should see come this time next year.

Despite hopes of reducing income tax forms down to the size of a single postcard, the new law may have actually made the tax code even more complex. So, unfortunately, Einstein’s words still apply. Nevertheless, many filers will hopefully find any additional frustration balanced out by the jangle of a little more money in their pocket come Tax Day 2019!

For those of you interested in finding out more about changes to the tax code, as well as the latest on accounting rules, the state of mergers and acquisitions and a host of other topics, we invite you to join us at FMI's Financial Executive and Internal Auditing Conference April 29th – May 1st in West Palm Beach, Florida.