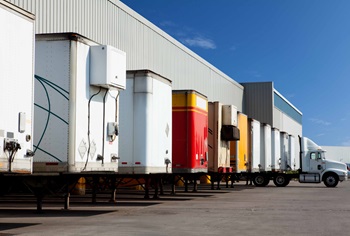 In the early stages of his administration, President Joe Biden made it clear he wanted to prioritize examining the federal government’s response to the COVID-19 pandemic. Outlined in an Executive Order issued on Feb. 24, 2021, the president called for the Secretary of Agriculture to issue a report on supply chains for the production of agricultural commodities and food products. The U.S. Department of Agriculture (USDA) followed in April with a request for comment, asking for public and private entities to submit “lessons learned” from the pandemic in order to enhance the government’s preparedness for and response to future emergencies.

Given this opportunity, FMI sprung at the chance to provide thorough feedback on behalf of the industry. Food retailers and wholesalers have been uniquely positioned during much of the pandemic, particularly as part of what became known as “critical infrastructure.” Given this perspective, we solicited feedback from members and compiled a set of comments focused on five key recommendations in the event of a future emergency.

For our first two proposals, FMI and our members realized the importance of being classified as a critical industry throughout much of the pandemic. As grocery stores were often some of the only retail locations permitted to remain open in the first weeks and months, Americans everywhere had to rely even more heavily on their local supermarkets to keep their families fed.

CISA’s first set of guidance regarding critical infrastructure served as a template for states and localities to adopt during the first several weeks of the pandemic when many were issuing state of emergency declarations. Not only did these designations mean stores remained open after adopting safety procedures for customers and associates, but it also meant doing so for distribution operations.

On this front, waivers from agencies such as the Federal Motor Carrier Safety Administration were crucial in helping ensure truck drivers could continue delivering products vital to the health and well-being of Americans. Although the rollouts for such things as hours-of-service waivers and extensions for expiring licenses and permits were extremely helpful, federal and state agencies were challenged in implementing these extensions. It is our hope that any subsequent crisis would make these rollouts more immediate and efficient.

We also recommended a broader set of proposals aimed at coordinating emergency response between public and private entities. Although FMI hosted industry calls with representatives from the CDC, FEMA, and others during the height of the pandemic, the federal government had not established an overarching system for industries and state governments to coordinate and communicate their efforts, intelligence, and concerns. Communication is vital in times of crisis, and we believe keeping channels open to as many relevant groups as possible would be an important step forward.

Lastly, we believe USDA’s work on food and nutrition benefits can serve as a model for enhancing the federal government’s response to future crises. The establishment of online SNAP and P-EBT in almost every state helped ensure food accessibility to some of our most at-risk communities. FMI’s members not only worked tirelessly to help get these programs implemented, but also produced a number of resources for benefit recipients in order to accommodate a smoother transition.

From the earliest days of lockdowns and quarantines to sustained school and office closings, the COVID-19 pandemic presented unique challenges unparalleled in their nature for more than a century. Although we still face significant hurdles in returning to a pre-pandemic “normal,” it is not too soon to start preparing for future crises. While it’s impossible to predict what that might look like, these past fifteen months have equipped us with invaluable knowledge in planning for the unknown. We look forward to working with our government partners in making sure our industry remains at the table.