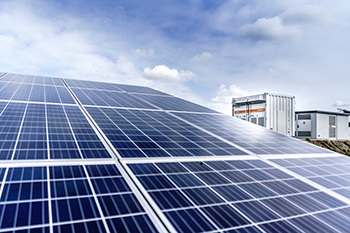 As more companies have looked to reduce their electricity consumption and carbon footprints in recent years, exploring renewable energy has become a logical next step. Leading chains such as Kroger, Publix, Aldi, H-E-B, Giant Eagle, Stop & Shop, Giant Food, Whole Foods, Target and Walmart are among those that have added solar panels to stores and other facilities, and a few retailers have set impressively high standards around renewable energy: Target has set a goal of sourcing 100% of its electricity from renewable sources by 2030, while Walmart aims to reach that goal by 2035.

A new report from the International Energy Agency suggests that global demand for wind and solar energy will soar in the coming years. In 2020, the growth in renewable energy jumped 45% -- its fastest pace since 1999 -- and the Paris-based agency said this “exceptionally high” growth is the “new normal.” It forecasts that renewables will again account for 90% of the power sector’s expansion in 2021 and 2022.

Let’s see how some of our members have implemented solar energy into their business operations:

Publix Super Markets, which first installed rooftop thin solar panels in its Publix GreenWise Market stores, today has solar installations in four of its stores. The retailer also has a rooftop thin film solar and multi-axis solar tracker on the ground at its corporate office in Lakeland, Fla. The rooftop installations produce about 34,000 kilowatt hours annually, while a ground mount in Palm City, Fla. produces a smaller 19,000 kilowatt hours annually, according to Maria Brous, director of communications of Publix.

Brous tells FMI that when solar was being introduced mainstream, the cost was quite prohibitive at nearly $8 per watt installed. “We worked with various utilities, along with state collaborate funding, to perform demonstration projects,” she recalls. “These projects had additional benefits of prototyping system configurations and materials for us to be prepared to begin using it in our designs, when solar matured. Today the cost per watt has come down substantially, but [it’s] still outside of becoming standard in our designs and achieving electrical grid parity.”

Publix opted for thin film applications because the existing refrigeration and air-conditioning equipment on its rooftops already accounted for quite a bit of weight, says Brous. And while ground mounted has proven to be the most efficient installation, it came with its own restrictions – namely real estate. “Space in and around our stores is at a premium or not available at all,” she notes.

Brous says that Publix has been piloting and researching multiple types and configurations of solar energy as the technology continues to mature. Most recently, the chain has been exploring “floating solar,” in which the solar panels are supported by a floating racking system and then deployed into a body of water such as a retention lake or pond. Publix has also tested solar trash cans and other items, such as a small solar panel in combination with an electric vehicle charger.

Minneapolis-based Target, which in 2020 met its goal to install rooftop solar systems on more than 500 of its stores, recently announced several new solar and wind projects that will address nearly a quarter of its electricity use, putting it closer to its aforementioned 2030 goal. The retailer is entering renewable power purchase agreements for two solar projects located in Texas, including the 160-megawatt Golden Buckle Solar Project with Savion, located near Houston. In this project, Target is purchasing enough power to offset the electricity use of 60 Target stores. The retailer said that several of its major suppliers, including PepsiCo and Hormel Foods, have also signed on to at least one of the renewable energy projects.

More retailers should take advantage of the large roofs they tend to have to try out solar installations, advises All Energy Solar, a company based in Saint Paul, Minn. In a recent blog post, the company noted that loans are available to help grocery stores and supermarkets install solar. “These businesses can also apply towards a variety of credits, incentives, rebates and other programs that can make switching to solar more affordable,” wrote CEO Michael Allen, noting that the federal tax credit for 2021 is 26%, while that figure decreases to 22% in 2023 and drops to 10% in 2024. State and local governments sometimes have incentives as well, the company points out.

Allen also observed that many utilities have programs to encourage solar power projects. “If a solar installation is big enough, not only could it power the store, but the supermarket could ‘sell’ electricity back into the grid and receive credit towards future power needs, while also helping to improve the variety of local energy sources,” he wrote.

While retailers that invest in solar panels have increased upfront costs, over time they will benefit from more predictable electricity costs and reduced business operation expenses, according to All Energy Solar, which estimates that most solar power systems pay for themselves within five to 10 years.