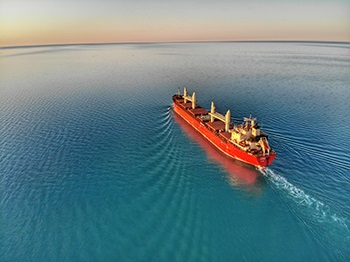 One of my all-time favorite Far Side comic strips centers on a battle between the U.S. cavalry and Native Americans; rather than fighting, the participants are simply standing there staring at each other. “The action suddenly stopped while both sides waited patiently for the hornet to calm down,” the caption reads. The COVID-19 pandemic feels a bit like that hornet, slamming the breaks on our daily lives and forcing us to wait patiently for a return to normal. For the food industry, it has paused a number of industry initiatives and forced a single-minded focus on keeping store shelves stocked.

It is probably safe to say, however, than even under ideal non-COVID-19 circumstances not a lot of people in the food industry pay attention to a battle over the leadership of the World Trade Organization (WTO). But they should.

One of the things the COVID-19 pandemic has reminded us is that our supply chains are no longer regional or even national, but international. In the U.S., we depend on trade to help increase efficiency, keep product flowing year-round and lower costs. The pandemic may have disrupted a number of supply chains, but it also forced us to stop taking them for granted.

One of the realities this newfound awareness made apparent is that we need clear and established rules to govern trade flows if they are to stay up and running during times of crisis. The WTO helps provide this clarity by overseeing the rules-based trading system that has benefited the U.S. economy and consumers since the end of World War II. Tariffs and other trade provisions are pre-established through negotiations and written into a binding system that helps create certainty for businesses that import and export. Trade has been able to expand over the past 75 years because governments, businesses and consumers know the rules that need to be abided by.

The system is not perfect by any stretch of the imagination. There are legitimate questions about whether the “rules” have adapted quickly enough to the changing nature of the global economy and the rising power of non-market economies like China. These questions have become even more pressing amid the COVID-19 pandemic and the trade nationalism it has given rise to over the past six months.

Like all institutions, the WTO is only as good as the people who wield power and protect the administrative integrity of the organization. Right now, the process of deciding on a new Director General is underway; the WTO will ultimately make the decision on who leads it based on developing consensus rather than an up or down vote. The list of potential candidates has been winnowed to five highly experienced individuals, and member nations are deliberating on who they will ultimately support. We could potentially even see a decision made before the U.S. presidential election in November.

The outcome of this decision is worth watching and will have a direct impact on the food industry in a number of different ways. It is worth noting, for example, that a decision by the WTO in a dispute settlement case led to the eventual repeal of country of origin labeling (COOL) for beef and pork by the U.S. Congress.

I mentioned earlier that the COVID-19 pandemic has made it harder for us to take certain things for granted – the continued expansion and liberalization of global trade is one of those things. The decision over who leads the WTO will help determine the future of the rules-based trading system and how our supply chains evolve over the next decade. With thoughtful engagement and a little luck, we can keep trade from becoming the next “hornet” we need to calm down.