As the saying goes, Kaitlyn Lester wears many hats. The general manager of a Lunds & Bylerlys store in Eagan, Minn., is a strong leader, fierce competitor, thoughtful mentor and compassionate community advocate.

Lester’s adeptness at switching between roles and learning new ones has been honed over 22 years in the industry.

A Master Class in Operations 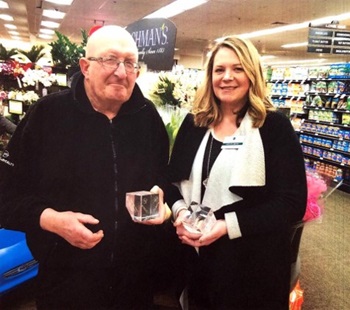 More recently, her leadership role has been put to the test with the opening of a competing store right across the street. Lester responded swiftly and strongly, differentiating her store with effective merchandising programs, a broad produce selection, indispensable employees and expanded community outreach. She also created a “master class” for disciplined operators as a way to retain customers and profits.

Those efforts helped drive traffic to the Lunds & Byerlys store – literally, as many shoppers drove into that parking lot instead of the competitor’s space.  While sales were a hair below plan (less than .30% off) Lester finished the year with a Gross After Payroll of 3.86% above plan, and her store was 7.74% over its performance target for the year.

In another testament to the success of Lester’s efforts, customers, who responded to surveys offered on the back of receipts, gave this store an Overall Satisfaction Score of 75%, one of the highest in the company. An overwhelming majority – 81% -- of her shoppers say they are likely to return to the store, more than the previous year.

She has received accolades on the organization side as well. Based on voting by her peers, she was named a Brand Champion by Lunds & Byerlys in 2019 for emulating the company’s values.

Shining in Her Community 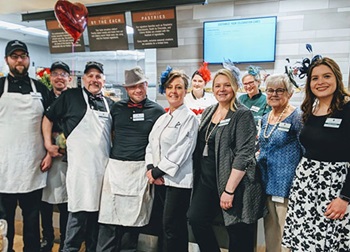 Lester makes things fun for her staff and customers, like encouraging her team to sport avant garde hats during the aforementioned Kentucky Derby time and hosting a “Boo Blast” with Halloween trick or treating, face painting and staff dressed up in costumes.

Hospitality extends to the community, and here, too, Lester shines. She led her store’s participation in a “Food Fight’ between anchors from a local news station that raised food and cash for a local food bank. That event resulted in a 350,000-pound haul that was donated to community members in need.

Whether engaging in friendly competition with a nearby store, opening her door to the community or teaming closely with her staff, Lester is the type of manager who deserves – you guessed it – a tip of the hat.