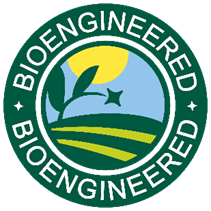 FMI has worked alongside our member companies and our coalition partners throughout the legislative and regulatory process to help establish a national standard for bioengineered (BE) food. On Friday, December 21, 2018, the U.S. Department of Agriculture’s (USDA) Agricultural Marketing Service (AMS) released its National Bioengineered Food Disclosure Standard (BE Rule) final rule just before the start of the partial government shutdown. The final rule largely mimics the proposed rule, with slight modifications and clarifications in the final version. A detailed discussion of the final rule is available to FMI members on our National Bioengineered Food Disclosure Standard Webinar; however, we provide some main takeaways for food retailers below:

What foods does the BE Rule apply to?

When will responsible parties need to comply?

The final BE Rule sets out a number of relevant dates using language that differs slightly from that used by AMS in the proposed rule. Whereas the propose rule discussed an “initial compliance date,” the final rule sets an “implementation date” of January 1, 2020 for most responsible parties (extended to January 1, 2021 for small food manufacturers.) The preamble provides additional clarification regarding these implementation dates, indicating that “[r]egulated entities should begin implementing the [BE Rule] no later than those dates by identifying the foods that will need to bear a BE disclosure, the records necessary to meet the recordkeeping requirements, and the type of BE disclosure they will use on their products.” The final BE Rule sets a mandatory compliance date of January 1, 2022, indicating that because companies can utilize existing label inventory until that time, incorporating the proposed rule language specifically addressing existing label inventory was not necessary.

Are there exemptions that are notable for food retailers?

Although there are several exemptions set forth in the final rule, most notably AMS maintains the exemption for food served in a restaurant or similar retail food establishment. The preamble further clarifies this stating that “the portions of grocery stores and similar retail establishments that prepare food for immediate consumption (e.g. deli or prepared food section) fall within the definition of restaurant and are exempt from the disclosure requirement.”

In what other scenarios would food retailers be responsible for BE labeling?

1 As noted in the preamble, the list and the records kept do not alleviate a regulated entity’s responsibility for disclosure when the entity has actual knowledge that its food is a BE food.