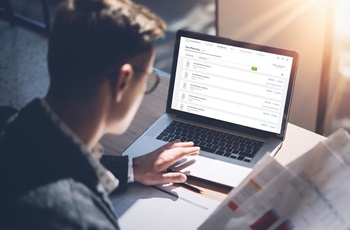 A lot of futuristic movies and TV shows portray a society where robots or Artificial Intelligence (AI) take on a lot of the more mundane tasks in society. In Star Trek you can order a meal from a wall panel, in the Jetsons the dog, Astro, is walked by a treadmill, and in Star Wars those little toaster-oven looking robots scurry around the hallways doing something—maybe vacuuming? Yes, our futures will likely involve more AI, but what does that really look like and how will the food retail industry incorporate AI?

For answers, I spoke with David Moran, co-founder and chairman of Eversight, which focuses on AI and experimentation to power pricing and promotions for brands and retailers. Moran will be speaking at the FMI Midwinter Executive Conference in a session titled, Artificial Intelligence/Machine Learning in Grocery: Beginning the Journey to Digital Transformation, which is part of the new program FMItech@Midwinter.

To start off, I asked Moran the question on everyone’s mind—just how much is AI intended to replace the merchant function or the role of human decision-making within it? Moran responded, “Definitely not replace. Let’s take chess as an analogy. Back in the 90s when Kasparov lost to IBMs Deep Blue, there was all this fear that the machines are going to take over and replace us. Interestingly enough, machines no longer play the best chess in the world. It’s not that the machines got dumber since the 90s, mind you. It’s that there is a new better form of chess, known as Freestyle Chess, where a Human plus a Machine, plus a panel of their peers to consult play together. This setup can beat a machine handily.”

So, our future with AI will be a combination of machine and human partnership, but what about automating tasks and manual drudgery that often consumes the time of merchants, pricing analysts and in-stores associates? Moran shared, “Look, there are some things machines are a whole lot better at than people. Routine, rote work should get replaced because it saves money and makes the jobs a lot more fun for the people doing them. With Eversight, for instance, we’ve set up our UI to only have a pricing analyst/merchant have to make decisions on pricing exceptions, things like decisions with big financial impact, responses to competitive price changes, watchlist items, etc. The basic decisions without big consequences just happen on their own.”

If AI- technology frees up management time for higher order thinking, creativity and strategic-level decision making, how will retailers build more analytical talent and skill set? Moran responded, “It’s sort of a self-fulfilling prophecy. Make jobs more interesting and more great people will be interested in doing them. Of course, some retail roles are in transition, like they are in every industry, but I’ve been absolutely floored by the quality of incredible people who are drawn to our industry when they get to work on really interesting problems that have such a fundamentally relatable and universal appeal as feeding your family.”

That’s where the idea of “coaching-networks” comes in, which Moran described as a combination of human and machine interactions or said differently, more Iron Man than Terminator. “Machines are really good at looking through lots of data, picking up patterns, and surfacing it to people to make decisions. Since lots of different decisions are made at retail every day, there’s tons to work on,” said Moran.

So maybe our future with AI will look more like a sharing of information between machines and humans in order to make better decisions together. I’m fascinated and looking forward to hearing more at the FMI Midwinter Executive Conference.