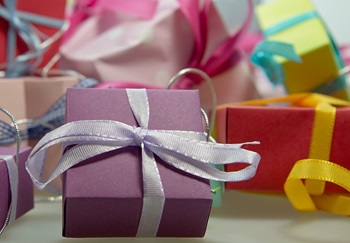 The blaring “Breaking News” headlines and manic talking heads that you see on cable news can make our current political environment seem almost apocalyptic. The truth is that 2017 has been a great year for food retail’s legislative and regulatory agenda. With the holidays fast approaching, Congress is scurrying to put one more present under our Christmas tree before we ring in 2018, and that gift would be tax reform.

The last time Congress undertook fundamental tax reform – back in 1986 --  Top Gun and Ferris Bueller’s Day Off dominated the box office and kids were jamming Peter Gabriel’s Sledgehammer and Van Halen’s Why Can’t This Be Love on their Sony Walkmen. If thinking of that doesn’t make you feel old, this will – the 1986 reform actually passed on a bipartisan basis with 41 Republicans and 33 Democrats voting to support it!

Clearly, we’re living in different times these days, but unfortunately our tax code has not evolved to reflect this reality. It is so complex that some tax lawyers make a good living specializing in only one or two specific provisions. This would be kind of funny if it didn’t have real world consequences for businesses generally and food retail specifically. Our outdated code is an anchor that holds back economic growth and job creation while enriching lawyers and accountants. I don’t have anything against those professions (after all, I am a non-practicing attorney), but I’d much rather see the money you spend on them go into your business or toward your family. And with the changes that are transforming our industry requiring new investments in technology, employees and infrastructure, the harm done by a tax code that looks more like 1987 than 2017 is impossible to fully quantify.

Congress is working to change this reality and has set the goal of getting a bill to the President by the end of the year. This is an ambitious timeframe the Congress may not be able to meet, but both the House and Senate have introduced legislative proposals and set an aggressive schedule for action on them. What we’ve seen in these proposals has been very positive; they aren’t perfect by any stretch of the imagination, but the outlines are there for the creation of a modern tax code that supports business efforts to create jobs and spark innovative consumer experiences.

FMI’s Government Relations team is working with Members of Congress on making these bills even better, pushing the case for a level playing field for pass-throughs and C corps, keeping LIFO on the books, and eliminating once and for all the death tax that disproportionately burdens our industry. There is a lot of work still to be done, and it’s likely we will be calling on you in the weeks ahead to support our efforts by contacting your member of Congress and encouraging him or her to make needed changes. I know this is your busiest time of year, so we’ll do our best to be respectful of your schedules, but the opportunity to lower tax rates and fundamentally revise our current tax laws is a once in a generation opportunity that can help shape the future of our industry.

It’s an interesting and exciting time to be in Washington. With a little bit of luck, we may even end the year with one of the biggest gifts of all in our stocking – a fair and simplified modern tax code.

For those of you looking for updates on tax reforms progress, I’d encourage you to visit FMI’s website at https://www.fmi.org/industry-topics/tax-reform.