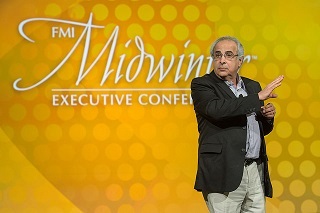 Pollster John Zogby asked the Midwinter Executive Conference audience last week, “What happened to the American dream?” He further challenged an even more nebulous notion, “How do you define it?”

In his exploration of the definition of the American Dream, Zogby offered that in 1999, a sizeable portion of his survey sample attributed the American Dream to the acquisition of materials things, while a somewhat surprising one-third said they wanted to live a genuine life, suggesting they wanted to leave behind a legacy and be known for contributing to society. Zogby said, “By the time we reached 2007 and beyond, it’s this ‘secular spiritualist’ that has gone up to 46 percent and the traditionalists have gone down to 26 percent.” He emphasized, “People are outgrowing the desire to acquire.”

According to his research, consumers are redefining the American Dream on both a personal and a spiritual level. The survey data identify significant trends among demographics that demonstrate the shift to live with less and live more meaningfully, and Zogby attributed the following as sources to this secular spiritualization: 1. Sheer numbers of people who are working for less than previous jobs; 2. A simplification movement in this country; 3. Aging baby boomers who want to live their remaining active lives on their own terms; and 4. The redefinition of money and the suggestion that we’re approaching a zero-margin society.

The takeaways for food retailers during this data dive were what Zogby attributed to “tribal analytics,” as he suggested that while individual marketing is important, people still live in packs, including:

Where do you personally fit among Zogby’s Neo Tribes? Are you seeing similar trends among your shoppers?