ARLINGTON, VA – FMI – The Food Industry Association is pleased to announce two staff changes that will enhance the association’s federal, state and local government advocacy efforts on issues of critical importance to the food industry. 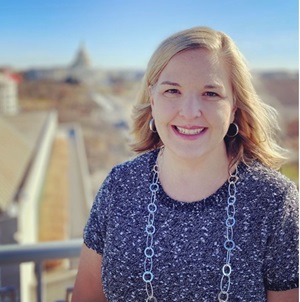 FMI Chief Public Policy Officer and Senior Vice President Jennifer Hatcher commented on Pollack’s new role at FMI, stating, “Christine is an accomplished professional who brings a deep understanding of the policy issues and political landscape on key issues for the food and retail industry. We look forward to leveraging the knowledge and insights Christine brings to FMI to effectively advocate for policies that support our industry’s efforts to continue being a destination for health and well-being for all Americans.”

Pollack received her bachelor’s in history and political science from the University of Delaware.

Tansing has a long history of working in the food and retail industries. She joined FMI in 1997 as manager, state government relations. Since then, she has been promoted to director and then senior director, state government relations. During her tenure, she has led FMI’s efforts on dozens of state legislative and regulatory issues of concern to the grocery industry. She regularly produces newsletters, studies, research, testimony and presentations to assist FMI member companies and state associations as they tackle legislative and regulatory issues of importance in the state and local realm.

Earlier this year, Progressive Grocer named Tansing as a 2021 Top Women in Grocery award recipient for her efforts in assisting FMI members navigate state and local government policies amid the COVID-19 pandemic.

Said Hatcher, “Elizabeth’s experience and passion for local and state issues has made her a well-known resource with FMI members and within every state retail and grocer association across the country.  It is often her connections to the state associations and insights into their legislative priorities that allows FMI to forecast federal legislative issues. We’re thrilled to recognize Elizabeth’s accomplishments and contributions to FMI over the years through this well-deserved promotion, and we know she will continue to elevate FMI’s state and local contributions in her new role.”

Tansing received her bachelor’s in political science from Radford University, where she played Division I field hockey.

FOR MEDIA:
Headshots of Pollack and Tansing are available here.