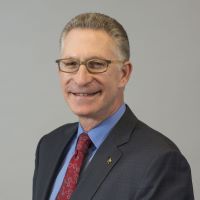 Mark Baum currently serves as Senior Vice President of Industry Relations and Chief Collaboration Officer for FMI. In this role, Baum engages retailer, manufacturer, supplier, and service provider CEOs to further trading partner collaboration, leading to operational improvements and growth opportunities across all segments of the food retail supply chain. Prior to joining FMI, Baum was a Managing Partner of MARCAT Group, LLC a consulting/advisory firm specializing in business, market, channel, and customer development. Baum is known for his intricate knowledge of every aspect of the food, beverage and related businesses, and is recognized among the foremost experts in the design, management, and execution of strategy, sales, marketing, and merchandising activities throughout the industry. 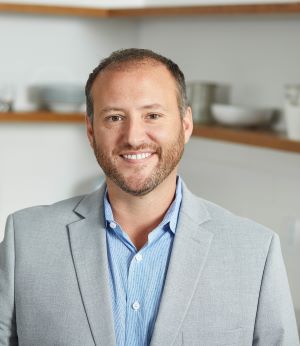 Nicholas Bertram is president of The GIANT Company, an omni-channel grocer known to customers as GIANT, MARTIN’S, GIANT Heirloom Market, GIANT Direct and MARTIN’S Direct that has been proudly serving families across Pennsylvania, Maryland, Virginia, and West Virginia since 1923.

Bertram was appointed to the role in 2017, following years of executive roles at The GIANT Company’s parent company Ahold Delhaize, where he still serves on the US Leadership Team. He began his retail career over 20 years ago at JCPenney, then joining Walmart as a part-time stocker where he spent the next 12 years. He quickly rose in responsibility with leadership roles in store operations, human resources, and innovation. Bertram then went to Jewel-Osco in Chicago as its senior vice president of retail before joining Ahold Delhaize in 2013.

Bertram currently serves as chair for the board of directors of the Pennsylvania Chamber. He is also co-chair of the corporate council and a member of the Foundation Board of Overseers for Children’s Hospital of Philadelphia. Most recently, Bertram was named a 2020 Most Admired CEO by The Philadelphia Business Journal. He attained a BBA in marketing from Eastern Kentucky University and an MBA in global management from the University of Phoenix, along with post-graduate programs at Northwestern’s Kellogg School of Management, Harvard and The Wharton School. 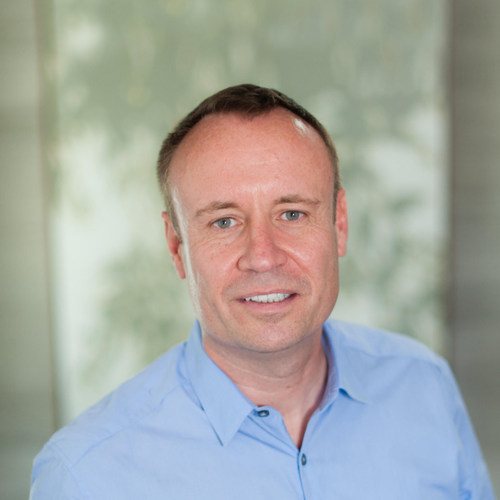 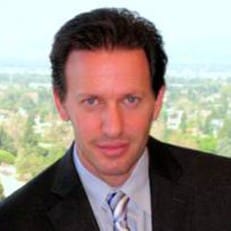 James, a partner at Deloitte & Touche LLP, is a global Trust leader and the U.S. Brand & Reputation Management leader for the Strategy & Brand practice of Deloitte Risk & Financial Advisory. He oversees a team of AI and Cyber professionals providing AI, Cyber and Cloud services that help clients detect, anticipate and monitor emerging risks and opportunities that may impact their organizations and ecosystem. James specializes in the Technology and Consumer sectors, serving many of Deloitte's strategic clients.

James has over 27 years of professional experience providing risk advisory services to clients across five continents and is fluent in three languages. His extensive experience in strategy consulting, risk management and big data analytics allow him to provide a holistic perspective on emerging business issues. 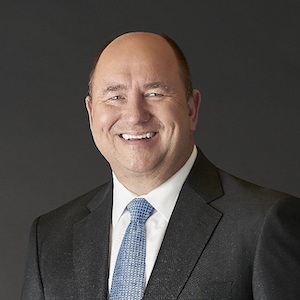 Executive Chairman of the Board, Executive Director, Hy-Vee, Inc.

Randy Edeker is executive chairman of the board and executive director of Hy-Vee, Inc. He also served as president from 2009-2021, and as CEO from 2012-2022. Edeker began his Hy-Vee career in 1981 as a part-time employee at the Hy-Vee store in Chariton, Iowa. He quickly progressed through the ranks at Hy-Vee, working at stores in Lincoln, Nebraska; Davenport, Iowa; Milan, Illinois; and Kirksville, Missouri, before getting his first store director assignment in Columbus, Nebraska, in 1993. In 1999, he joined the southern region as director of operations and later became assistant vice president of operations. Edeker was named vice president of marketing for Hy-Vee in 2004. In 2006, Edeker was promoted to senior vice president of retail operations, and in 2008, he became executive vice president and chief operating officer. Stockholders elected him to the position of president in 2009. Edeker serves as an executive committee member and a member of the board of directors for the National Association of Chain Drug Stores, as well as serving on the board of directors for Topco Associates and FMI. Edeker was named 2014 Retailer of the Year by the Iowa Grocery Industry Association and 2014 CEO of the Year by Retail Leader Magazine. Edeker has been honored twice by Mass Market Retailer as one of the 50 Most Influential People, and in 2020 was named one of Mass Market Retailers’ Greatest Retailing Executives of All Time for the way he has shaped the future of retail. 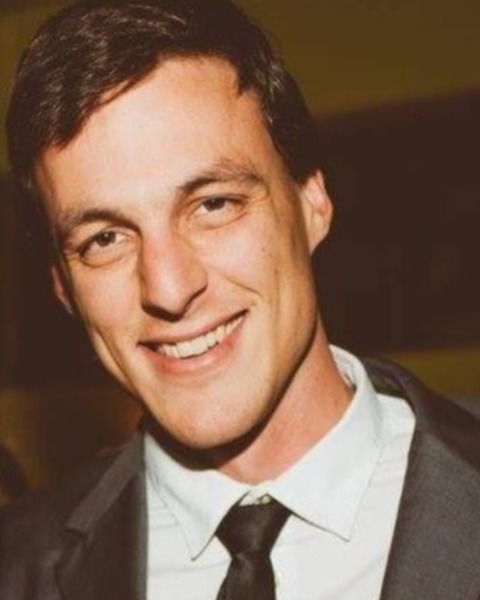 Stefan Kalb is the CEO and co-founder of Shelf Engine. Kalb co-founded Shelf Engine in 2016 to address the global food waste pandemic he experienced first-hand with grocers. Prior to Shelf Engine, Kalb spent 7 years as the CEO of Molly’s, a healthy grab-and-go food company he started in 2009. While Kalb grew the company to more than 400 regional retail locations, food waste was eating into Molly’s bottom line. Hungry for a solution, Stefan and Shelf Engine co-founder Bede Jordan developed a model to considerably improve perishable food forecasting. After successfully cutting Molly’s food waste in half, Kalb and Jordan quit their day jobs to launch Shelf Engine with a mission of transforming the food supply chain by helping grocery stores reduce waste and increase sales through intelligent forecasting. Today, Shelf Engine has more than 100 employees and manages orders for leading grocers at thousands of locations nationwide.

Stefan is a graduate of Western Washington University. He’s an avid skier, cyclist, climber and soccer player. When Stefan is not enjoying the outdoors, he’s likely busy at work in his woodshop. 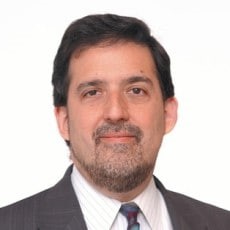 Dr. Kalish is the Chief Global Economist of Deloitte Touche Tohmatsu Ltd. He is a specialist in global economic issues as well as the effects of economic, demographic, and social trends on the global business environment. He advises Deloitte clients as well as Deloitte’s leadership on economic issues and their impact on business strategy. In addition, he has given numerous presentations to corporations and trade organizations on topics related to the global economy. He is widely traveled and has given presentations in 47 countries on six continents. He has been quoted by the Wall Street Journal, The Economist, and The Financial Times. Dr. Kalish holds a bachelor’s degree in economics from Vassar College and a PhD in international economics from Johns Hopkins University. 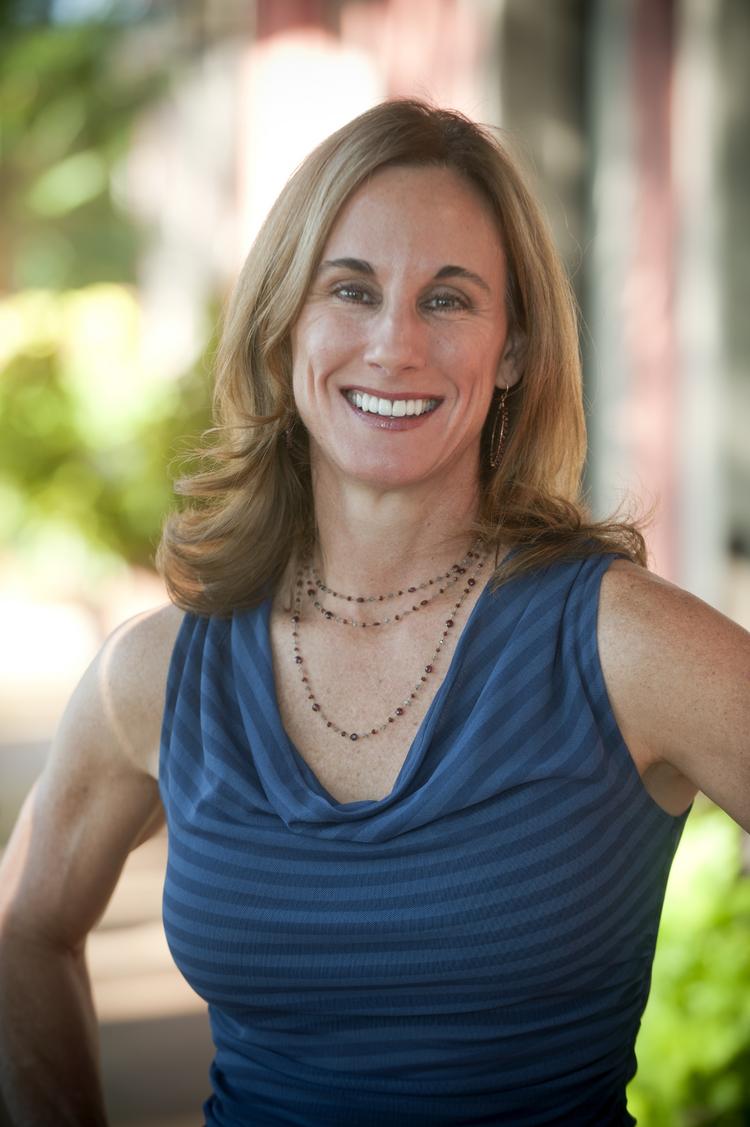 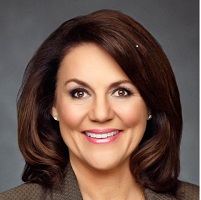 Prior to this, Susan led the Company’s Denver Division team, overseeing over 130 stores in five states. She joined Albertsons when she was 16 as a customer service clerk in Colorado, and worked at store level until she graduated from Colorado State University when she accepted a job at the division office. 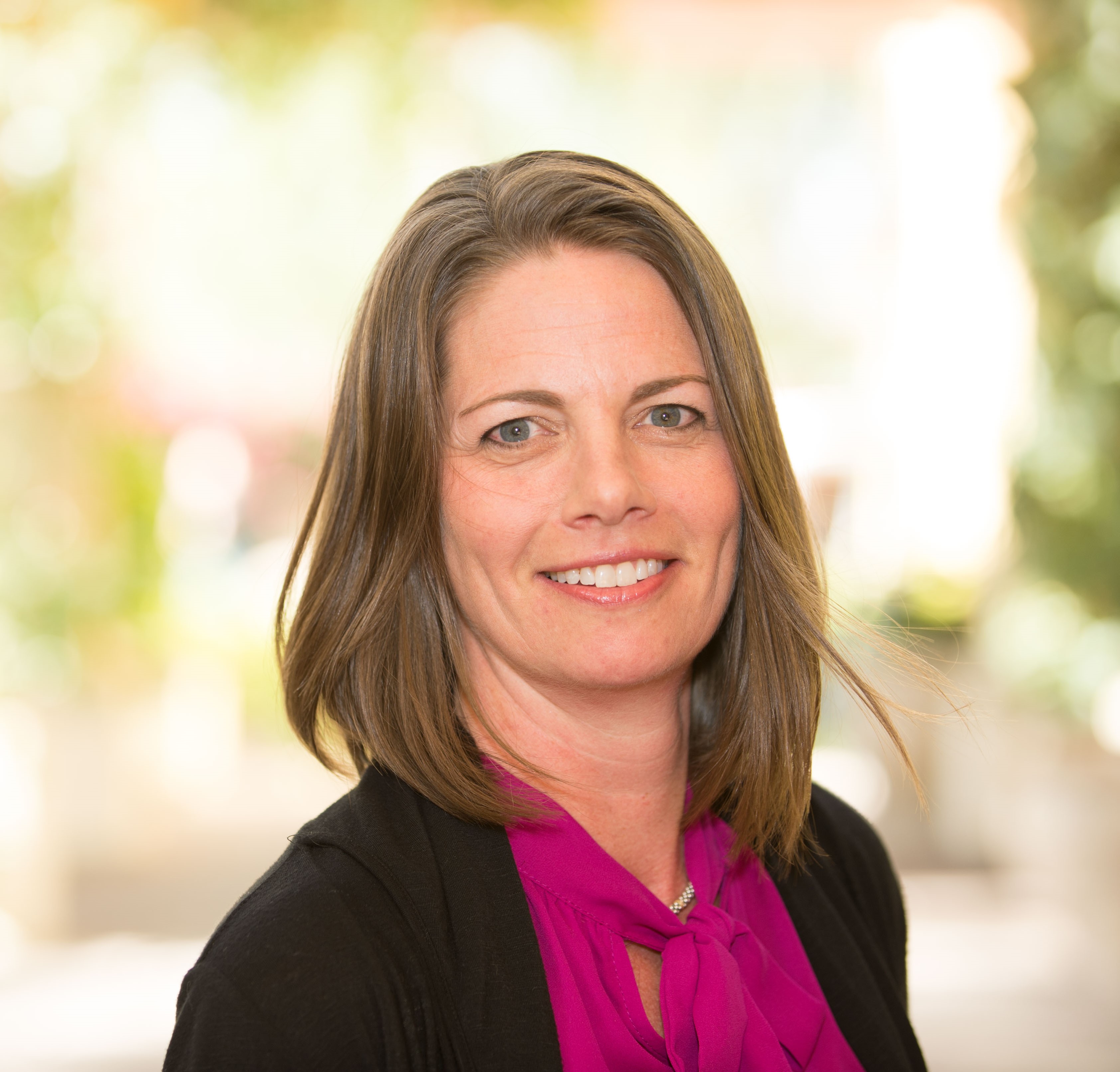 Krystal Register, MS, RDN, LDN is the Senior Director of Health and Well-being at FMI - The Food Industry Association.  She serves as the lead coordinator and issue expert for health and well-being programs and activities, nutrition policy, operations, and communication issues for FMI members.  Krystal was a retail dietitian with Wegmans for 12 years and made significant contributions to company-wide wellness programs, health messaging, community events, and local media response in the National Capital Region. 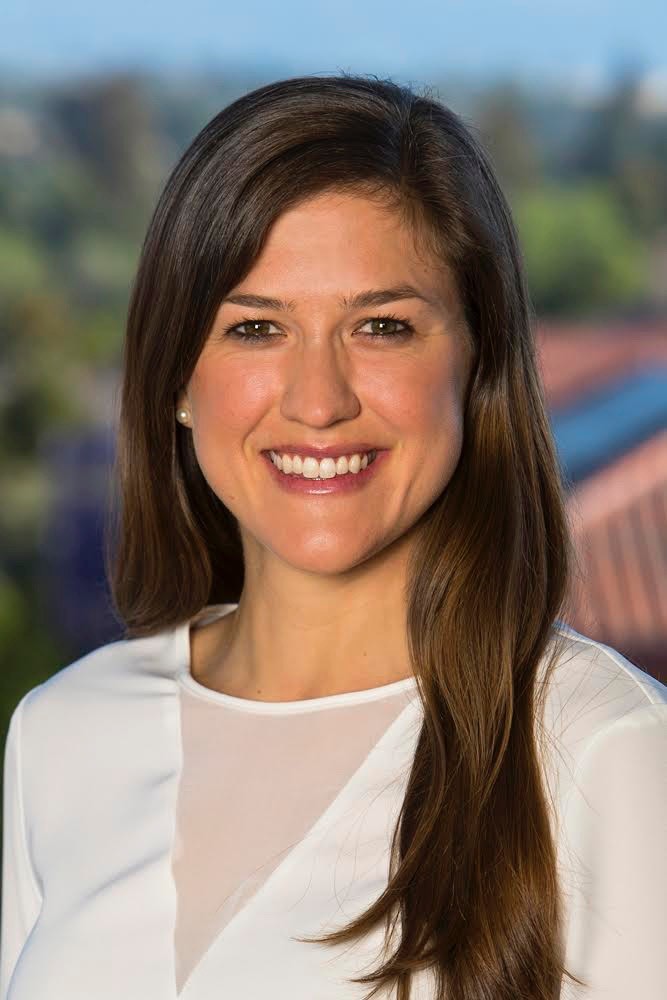 Nicole is a Director on Instacart's Market Strategy & Planning team, where she leads retailer partnership strategy for Instacart's fulfillment solutions. She previously was an Account Director leading a major retail partnership, and before that supported Instacart's partnership economic strategy as a member of the Business Operations team. Prior to Instacart, Nicole spent close to a decade in finance and investing, with a focus on the consumer and retail sectors, and most recently worked on the investment team at TSG Consumer Partners in San Francisco. Nicole holds an MBA from Stanford’s Graduate School of Business. 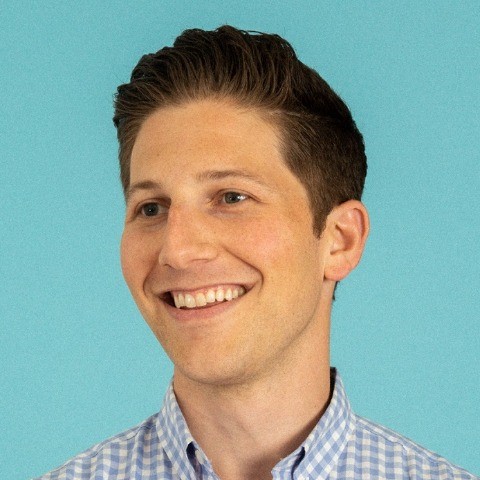 Matt is the co-founder & CEO of Afresh--a fresh food technology company. Prior to founding Afresh, Matt launched a CPG snack company called Statfoods, invested in food & agriculture technology at The Production Board (started by the founder of the Climate Corporation), and managed operations at Simple Mills. Matt holds an MBA from Stanford’s Graduate School of Business. 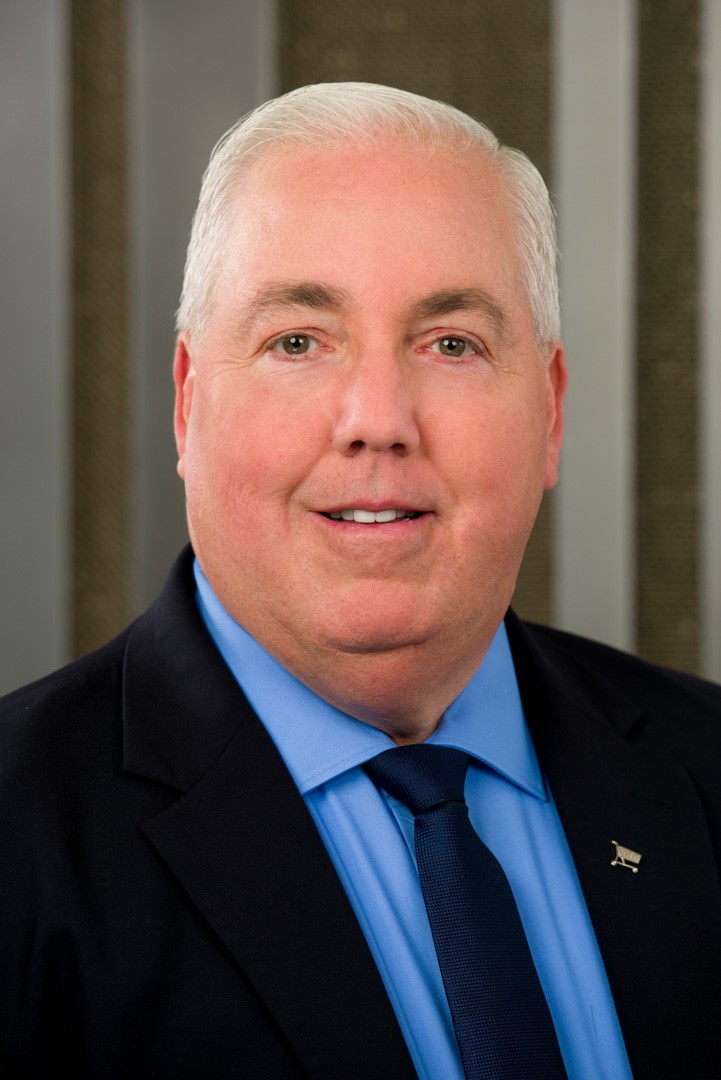 Rick Stein joined FMI in 2014, and is responsible for developing a portfolio of services and activities to assist members in formulating and executing their fresh food strategies.  These categories include everything from  – dairy, frozen, meat, poultry, seafood, and produce to service departments – deli, bakery and fresh prepared meals and related solutions for take-out or in-store dining.

Prior to joining FMI, Rick spent 35 + years in a wide range of retail grocery merchandising and marketing responsibilities.  Most recently Stein was the Vice President of retail marketing & merchandising execution for Safeway Stores, Inc.  Previously he held both divisional and corporate responsibilities in his tenure at Safeway in retail/store operations, category management, sales, marketing/merchandising, and strategy development. He has experience in virtually every facet of the retail food business and helped lead Safeway to achieve operational excellence and increased market share and revenues.Stein graduated from the University of Maryland with a bachelor of Arts in Behavioral and Social Sciences.  He has earned continuing educations credits in marketing, merchandising and management, most recently with the Disney Institute. Rick serves on numerous nonprofit boards such as the MDA, Children’s Cancer Foundation and Easter Seals of DC/VA/MD.