Search All Our Public Webinar Recordings 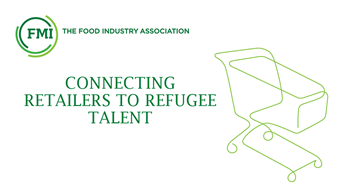 The U.S. government has committed to welcoming hundreds of thousands of people displaced by major refugee crises, including 95,000 at-risk Afghans who worked alongside the U.S military and 100,000 Ukrainians displaced by Russia’s recent military invasion. These developments represent an enormous opportunity for American retailers to help refugees integrate into the U.S. economy and become productive members of our communities.

Yaron Shwartz from TENT Partnership for Refugees and Molly Tidwell from Lutheran Immigration and Refugee Services give an overview of the refugee context in the United State, shared how their organizations can help companies effectively recruit and integrate refugees into their workforces, and provided examples of retailers who have successfully hired refugees. TENT also provides helpful resources to bolster refugee-hiring efforts, such as the TENT Guide to hiring Afghan Refugees TENT Bridging Language and Work UNSTUCK – TENT’s Consumer Facing Initiative. Below are additional resources from FMI and LIRS on hiring refugees: