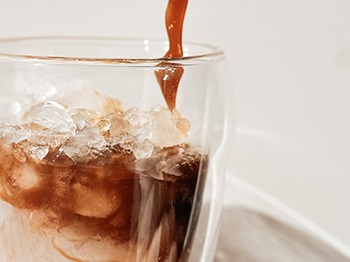 The COVID-19 pandemic forced unprecedented expenditures by state and local governments. Many cities and states now face an uncertain budget picture moving forward. Given this fiscal uncertainty, the FMI State Affairs Team is on the lookout for any attempts to impose new taxes on businesses or their customers.

FMI is increasingly concerned about a District of Columbia City Council move to impose a 1.5 cents per ounce tax on the distribution of certain sugar-sweetened beverages. While we share the Council’s goal of promoting health and nutrition, similar sugary drink taxes implemented in other cities have resulted in devastating sales losses for local food retailers and, consequently, job losses for the local community. I recently testified before the Washington, D.C. City Council in opposition to this “Nutrition Equity Catalyst Tax” – Title II of the Nutrition Equity Amendment Act – precisely because we have witnessed these negative economic consequences.

Once beverage taxes go into effect, we see customers travel outside the taxed-jurisdiction to purchase not just the lower-priced beverage, but their entire grocery basket as well. In Philadelphia, total sales in city grocery stores fell 9% after implementation of a beverage tax, while total sales in stores just outside the city grew 2%. In total, the tax cost local Philadelphia supermarkets an average monthly loss in sales of over $300,000. In a region like the DC-Metro area, where supermarkets in Arlington, VA, Montgomery County, MD and Prince George’s County, MD are just a metro ride away (and where sales tax in both Maryland and Virginia is already lower than in the District), the sales losses for DC grocers could be even more dramatic.

This loss of sales will hit single-store independent operators especially hard, as they will have no stores in Maryland or Virginia to balance against the loss of sales in the District. Grocers traditionally operate within a 1%-2% profit margin. With such small margins, grocers have almost no ability to absorb these sales losses. One grocer in Philadelphia reported cutting over 5,000 work hours across four stores in one month. If you assume that an average part-time associate works 18-20 hours per week, this represents a loss of approximately 70 jobs across the four stores. The beverage tax forced another grocer to lay off approximately 300 employees across six stores and to close a popular West Philadelphia store.

In the District of Columbia, FMI members currently operate roughly 30 stores and employ nearly 5,000 workers. The grocery industry in DC pays over $290 million in wages and has an economic impact of over $560 million. To hit these businesses with such a devastating tax when the District’s economy is only just beginning to recover from the COVID-19 pandemic is misguided. That the District has a budget surplus, unlike so many of its fellow cities across the country, makes the move to levy this tax even more puzzling.

The goal of promoting nutrition and investing directly in communities that are most impacted by health disparities is a laudable one. We offered to work with the Council toward these ends in a way that does not involve imposing a regressive tax that could lead to lost sales and lost jobs across the city.