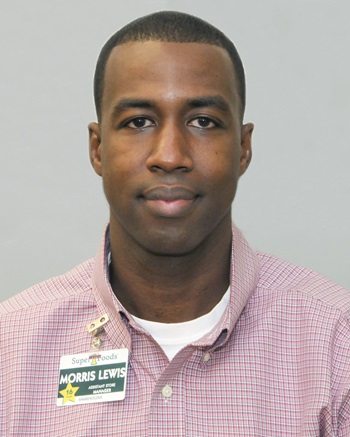 Service is a priority and principle for Morris Lewis. He has served Brookshire Grocery Company for 26 years and served his country as a member and Sgt. 1st Class of the U.S. Army National Guard, through which he did two tours of duty in Iraq.

In both roles, Lewis faced tests of leadership and overcame different types of challenges. He proved his mettle in a difficult 2020 for the grocery industry, with an 11.1% sales increase and a 91.9% increase for store level cash flow over the previous year. His store has received a 96.4% average rating on operational audits and a high mystery shopping score of 83.8%. These figures are particularly impressive considering that a competitor opened across the street while the local oil industry declined with the onset of the pandemic.

Even as he put in a stellar performance, with positive growth for the last year in Earnings Before Interest, Taxes, Depreciation, and Amortization (EBITDA) and a parallel reduction in shrink, supplies and labor costs, Lewis had to guide his team through a year of pandemic-related protocols and policies, including a new system to deliver prescriptions to customers unable to shop due to health concerns. As any store manager can attest, it hasn’t been an easy task. Lewis was able to work with employees struggling to adopt new practices and conduct one-on-one training for employees not meeting standards for service. Focused on both inclusion and delegation, he led his team to keep the nearly 80,000-square-foot store open, stocked and safe, often making late evening or day off visits to check on service and follow through with management employees.

While food security was a priority during the pandemic, food has long been a central part of this location’s community, given the diversity of cultures in the area, including Native American, Spanish, French, African American and Creole heritages. Accordingly, Lewis and his team have worked hard to accommodate and support a wide range of cultural and community requests and to meet shopper expectations.

That food culture extends to Lewis, too. Locally famous for his gumbo and other recipes, he often cooked for the staff and players at local high school football games and participated in the New Iberia World Championship Cook-Off that served more than 5,000 people in two days, prior to the pandemic. Bringing it full circle, he led his team last fall to provide a COVID-safe boxed lunch and gift cards to military members of Company G of the 199th Brigade Support Battalion, 256th Infantry Brigade Combat Team, Louisiana Army National Guard, before their deployment to Iraq.

“Morris is a great example of what ‘Jump Over the Counter Service’ means in the grocery industry. Morris is committed to customers and employees and is a great example of service leadership. He displays true selfless service and leads his team by example every day.” –David Urby, division vice president, Super 1 Foods 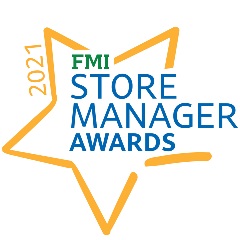