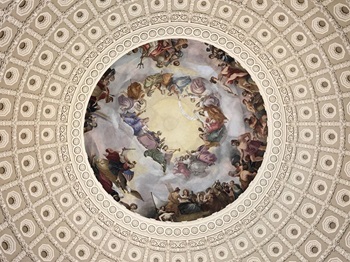 Two months ago, I wrote a blog entitled “2020: The Year of the Female Candidate.” While we are still waiting on a few of the House and Senate races to yield results – one thing that is certain -  2020 did prove to be the year of the female candidate.

Too Close to Call

It’s not over yet – we could still welcome more women to the 117th Congress. There are still a handful of races that are too close to call, headed to recounts or run-offs.

Senator Kelly Loeffler (R) is currently battling it out in the special election run-off in Georgia. Loeffler will face Ebenezer Baptist Church Pastor, Raphael Warnock, in January. Loeffler is the second female Senator from Georgia – the first was Rebecca Latimer Felter who only served a symbolic one-day term in 1922. This is one of the two Georgia run-offs that will decide who keeps the majority in the Senate.

Iowa’s second Congressional district is headed to a recount. Two females were on the general ballot, Mariannette Miller-Meeks (R) and Rita Hart (D), in this open seat race. This seat has always been in the top 10 closes races in 2020. As of last week, only 47 votes separated the two candidates. We’ll wait to see the results, but either way we will have another new Congresswoman in Washington, D.C.

For the first time in the state’s history, New Mexico has elected all women of color to the House of Representatives. Congresswoman Deb Haaland (D), and Congresswomen-elect Yvette Herrell (R) and Teresa Leger Fernandez (D) will make up the delegation. Haaland is a citizen of the Pueblo of Laguna, Herrell is a member of the Cherokee nation, and Leger Fernandez is the first woman and Latina to represent the district.

Congresswomen-elect Young Kim (R), Michelle Park Steel (R), and Marilyn Strickland (D) made history by being the first Korean American women elected to Congress. Kim and Steel are both from Orange County in California and Strickland will represent western Washington.

Oklahoma will be sending the first Iranian American to Congress. Congresswomen-elect Stephanie Bice (R) will not only be the first in Congress, but she will also be the highest-ranking Iranian American in the U.S. government. Bice will represent Oklahoma City and the surrounding suburbs.

My predictions came true - the food industry will have the pleasure of working with new, diverse female leadership in the 117th Congress.