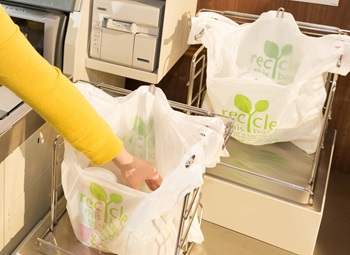 When San Francisco enacted the first citywide ban of plastic grocery bags in 2007, it spurred a wave of unprecedented municipal and state policymaking in the plastics packaging space, as numerous cities, counties and states followed suit.  With the nationwide plastics recycling rate hitting its lowest level in half a decade in 2017, and projected by EPA to continue to decline, this state and local action may even accelerate. Seven states and dozens of municipalities enacted plastic bag or polystyrene prohibitions in 2019, and more look set to do so this year.

There are at least 180 bills currently pending in 37 state legislatures regulating either plastic bags, containers or other packaging. On top of this state-level activity, we are tracking over 70 potential ordinances in municipalities across 21 states. FMI State Affairs released a new compilation of our  State Sustainability Resources to help our members stay abreast of the many environmental and sustainability bills at the state and local levels and to ensure they have the most up-to-date information and resources when engaging with lawmakers.

This new resource provides talking points and background on single-use carryout bag regulations; comparison charts of currently enacted statewide plastic bag and polystyrene prohibitions; an in-depth look at bag fees; as well as an overview of food waste, bottle bills and other sustainability issues in the states.

State and Local Sustainability Bills in 2020

A consistent theme we examine in the new document – especially regarding plastics regulation – is the constant push and pull between states and localities. Just two months into the 2020 session and we can already see this theme in action.

For instance, this week the South Dakota legislature passed a bill that prohibits any unit of local government in the state from regulating plastic bags, beverage containers, straws, packaging material or any other “auxiliary containers” used for transporting merchandise, food or beverages. (Oklahoma and Tennessee enacted similar laws in 2019). Meanwhile, the Virginia legislature may take the opposite approach. Two measures (S.B. 11 and H.B. 1151) that would authorize localities in the state to impose by ordinance a five-cent fee on disposable plastic bags have each passed their legislative chamber of origin.

But the real story of the 2020 state legislative sessions may be that some states are seeking to move beyond bans on specific products like plastic bags or polystyrene containers to impose comprehensive regulatory frameworks for managing the disposal of all products and their packaging. Known as “extended producer responsibility” (EPR) or “product stewardship,” these policies impose on producers significant responsibility – including financial responsibility – for the treatment or disposal of post-consumer products. These efforts would not only impact the suppliers of grocery products, but grocers themselves through their private labels.

As is typical in state legislation, California blazed the trail last year with the “California Circular Economy and Pollution Act” (A.B. 1080 / S.B. 54), which got pushed into this session and is still being worked on. Among other things the legislation would require producers to ensure that all single-use packaging and priority single use products manufactured on or after Jan. 1, 2030, and offered for sale in California are recyclable or compostable. Thanks to the efforts of the California Grocers Association, the bill in its current form also includes a provision prohibiting local governments from requiring a grocery store to use a certain type of food packaging for any food sold in the grocery store unless the majority of residential households within the jurisdiction have access to a curbside program that accepts the material from which that food packaging is made.

California is not alone it its quest to impose EPR for packaging. Next week, the Maine Joint Committee on Environment and Natural Resources will hold a public hearing on their own bill (L.D. 2104) that would create a statewide product stewardship program for packaging.

Under the framework established by the legislation, producers would be required to reimburse municipalities for recycling and waste management costs associated with their packaging. Producers could offset these reimbursement costs by implementing independent recycling programs for their packaging; by reducing the amount of packaging sold into the state; or by redesigning packaging to make it more valuable as recyclable material.

The Maine Grocers & Food Producers Association (MGFPA) is working on the legislation but has expressed concerns that the current gaps in definitions and “still-to-be-refined details” may make industry compliance extremely difficult.

“Producers and consumers both want to find a way to fix the flawed recycling system but ultimately additional time will serve us best so we all can continue to work together to improve the infrastructure, increase education and ensure access to recycling,” said MGFPA Executive Director, Christine Cummings.

Additional EPR packaging proposals are at various stages of the legislative or regulatory process in Massachusetts, Oregon, Vermont and Washington.

Whether your city council is debating a plastic bag or polystyrene ban, or you operate stores in a state currently pursuing EPR for packaging, check out FMI’s State Sustainability Resources to get the information you need to make sure your organization is prepared.