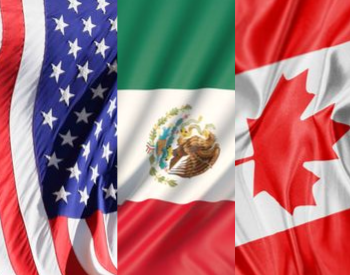 I came into the food retail industry having spent the whole of my early career in the public policy arena. On my first day at the Food Marketing Institute, I was issued a book called America the Bountiful: How the Supermarket Came to Main Street and encouraged to study it as background for understanding the industry and how it developed. In its pages I found a quote that has stuck with me:

We tried to tell them about the supermarkets in America, but they would not believe it at all. It was a mark of all this abundance in a land of opportunity. It really told a wonderful story of America to the people in countries abroad.

John A. Logan
National Association of Food Chains
Quoted in America the Bountiful

Mr. Logan was speaking of the post-World War II era, but his point is just as true today. Supermarkets and grocery stores continue to tell a wonderful story of America and its prosperity to the world. As the nation has evolved and diversified, so have our stores. When you enter your local grocery, you’ll find produce and specialty food items from literally dozens of countries; today’s supermarket and its offerings is as diverse as the America we serve and very much a reflection of the nation.

Part of what has made this possible is the industry-supported effort of the United States to expand trading relationships around the globe. The guacamole you enjoy during football games most likely is made with avocados from Mexico and the lamb chops you throw on the grill could come from Australia or New Zealand. Sixty years ago, these products would not have been readily available to most consumers or would have been prohibitively expensive; but expanding trade and opening new markets has helped the U.S to create and maintain the safest, healthiest, most affordable food supply in the world. It has also offered U.S. producers new populations and markets to purchase their goods, creating a boon for consumers around the world.

Because of this abundance, trade has been dominating a lot of the economic headlines over the past few years. Part of that is driven by the fact President Trump has pursued a different policy approach than many previous presidents but other factors have fueled concerns, as well. The scope and extent of these issues can be daunting:

As I’ve written previously, the industry craves certainty in its supply chain relationships and these trade disputes have injected instability that can make even short-term planning challenging. Each of these issues needs to be resolved as quickly as possible in a way that keeps markets open and results in free and fair trade.

It is worth taking a moment, however, to think about the fact that the sheer scope of these issues reflects the strength and range of the economy the United States has built since World War II. Trade has been vital to our growth and served as an invaluable example to the rest of the world about the value of openness and diversity. No industry reflects this truth more than food retail.