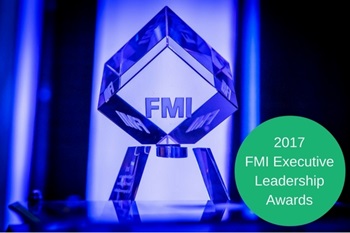 Food retail is sometimes referred to as a noble enterprise because it incorporates into a business  entity the delicate art of serving communities by engaging people and providing them the food that nourishes their bodies and feeds their spirits.  Today’s food retail persona results from the cumulative efforts of many visionary leaders who have shaped the industry and sculpted it into the high calling that it is.

Spanning the decades, industry leaders have been operational wizards, marketing pioneers, service innovators and community cornerstones.  Leaders such as William H. Albers, the first president of the predecessor organization to FMI, the Super Market Institute, established new industry norms through his passionate support of relationships between manufacturers and retailers. Sidney Rabb, the founding force behind the establishment of the Super Market Institute, championed the consumer by positioning supermarkets as "a laboratory for consumer research,*” while Robert B. Wegman inspired retailers to combine business success with humanitarian ideals, and elevated the importance of customer service to an even higher pedestal.

It has been FMI’s privilege to recognize the legacy of these and other great industry leaders through the annual presentation of our seven Executive Leadership Awards,  named in honor of industry pioneers.  At FMI’s 2017 Midwinter Executive Conference later this month, we will again honor noted industry leaders when we present the following awards to individuals who represent the best of our industry::

Sidney R. Rabb Award For Statesmanship, acknowledging a retailer for excellence in serving the consumer, the community, and the industry and

The winners of these FMI's 2017 Executive Leadership Awards will be announced at the 2017 Midwinter Executive Conference in Scottsdale, Arizona on Saturday, January 28 at the session beginning at 5:45 – 6:15 pm. .